Over the five years I have been detecting, I have purchased 3 metal detectors. I am a strong supporter of the White's brand of detectors not only because I live 10 miles from the factory, but also because of their superior customer service, quality products and the ability of their machines to go deep and see through trash to get the good stuff, even in "hunted out" areas. The following is a list of the machines and coils that I have and what I think of them.

Other than some brief experience as a child with my parent's machine, the Prizm II was my first foray into the detecting world. I drove out to Sweet Home and picked it up at the factory, not really knowing what to expect from the hobby. My first time out with the machine

was not very successful, but I was immediately hooked.

Depth is about 6-7 inches. There is no depth meter on the machine but there is target ID as well as discrimination.

The pinpoint feature works very well but does require some practice. The detector runs off of 2 9-volt batteries, one powers the box and the other powers the speaker. Battery life is upwards of 20 hours. The stock coil is an 8" concentric coil which I found to be a little small, but sufficient. The greatest thing about this machine is the weight, less than 3 pounds. You can swing all day and never get tired. Currently, I have a Jr. rod on this machine so that my 4 year old daughter can detect once in a while, but it is not a toy, this can find the good stuff in the hands of someone who knows how to use it.

The MXT was my first "serious" metal detector. A mid/high end detector, this machine can get as deep as any of the more expensive models albeit without some of the nicer bells and whistles. The MXT does have three separate modes for hunting: Relic, Prospecting and Coin & Jewelry. For over a year, this was my primary machine and even though I have upgraded since, I didn't really want to get rid of it. Luckily I sold it to a good detecting friend so I get to see it at work often.

The depth on this machine is over 10 inches in the right soil. My deepest find to date with the MXT was an 1893-S Barber dime at over 9 inches. The MXT has two-tone target ID in the Relic mode which is what I usually run in. The MXT uses VCO in the pinpoint mode meaning that the pitch gets higher and louder the closer the coil is to the target. This is a very useful feature. One big change in this machine compared to the Prizm is VDI, or Visual Discrimination Indicator. This is a feature that White's uses to discriminate targets. The range runs from -95 to +95. Almost all negative VDIs are iron and can be discriminated out.

Coins like pennies, dimes, quarter and halves all run in the higher VDIs while nickels tend to be more in the upper teens. VDI and VCO were two of the main reason I wanted to upgrade.

The MXT stock coil is a concentric 9.5" coil that works very well, especially on beaches. However, after purchasing the 10" DD coil for my MXT, I realized that it was a very special combination. The 10" coil is ideal for open field hunting, covering a lot of ground and getting deep. For more trashy or metal filled areas, a smaller coil would probably be more desirable. The good news is that the MXT is compatible with all high-end White's coils.

The Spectra V3 is the current flagship model of the White's line of detectors. A color screen, wireless headphones, and 3 frequency capabilities take it to a level above almost every other VLF detector on the market. 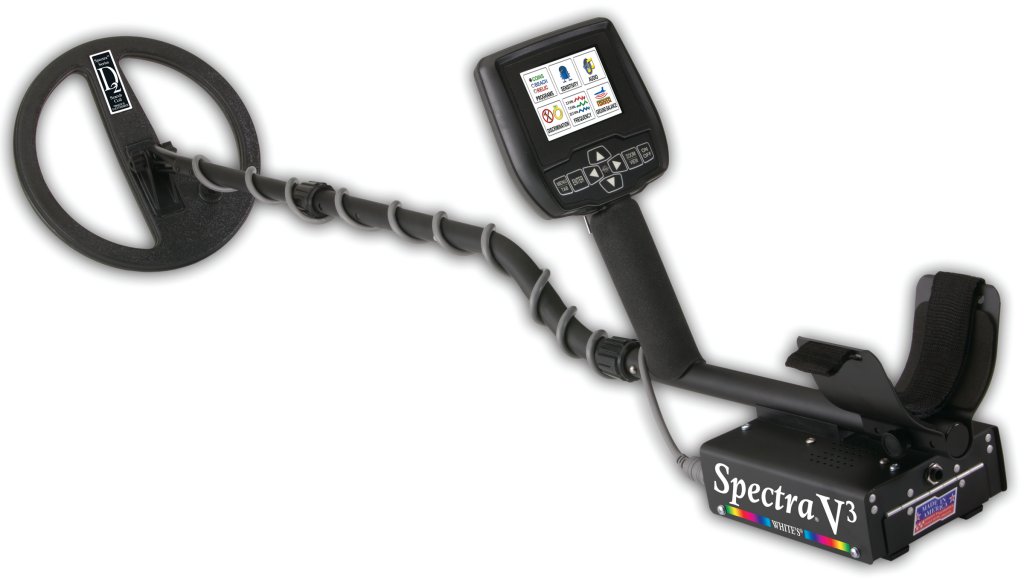 The machine is totally customizable and has 10 turn-on-and-go programs to get you going without too much adjusting.

Depth can get up to 12 inches in lightly mineralized soil, my deepest so far was a pair of Indian Head pennies from about 8 inches. There is a bit of a learning curve on this machine so I would not recommend it for a beginner. With a little bit of learning though, there are so many possibilities with this machine.

A new addition to the aresnal with this machine is the analyze screen. While some people think of it as just a novelty, it has helped me find several targets that were hidden by trash or iron. The analyze screen resembles an oscilloscope when in operation and gives a representation of what the machines sees. Good targets will usually, but not always, have nice clean humps. Even when the machine sees a trashy target, a good target that would normally be masked by the trash can sometimes be seen by the analyze screen. 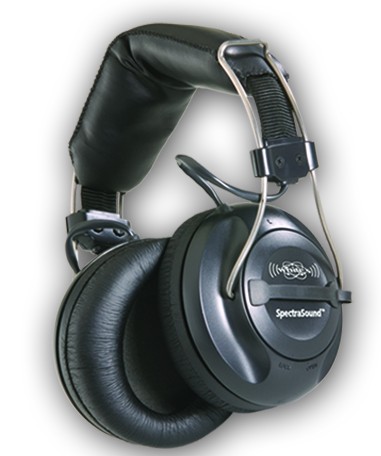 The V3 stock coil is the 10" DD coil, which I was very pleased with on the MXT, and the V3 setup is no different. For trashy or small areas and getting right up next to fences and tot lot equipment, I purchased a 4x6 DD Shooter coil. While it may lose and inch or two of depth compared to the 10", the 4x6 is a great precision coil.

Between the 3 frequency capabilities and the wireless headphones, the V3 is in a class all by itself. I have found some great coins with it like a 1909 Barber Quarter, a dateless Seated Quarter, a 1949-S Franklin Half and a 1916-S (so close!!) Mercury dime, and the finds keep rolling in. Stay tuned for even more great finds to come.

White's has recently announced the new "i" upgrade to the Spectra V3. There are 8 new additions to the Spectra that will replace the function to transfer programs wirelessly between machines.


After picking up my detector from the factory in Sweet Home, I took it to a local park that I hunt very often. Find are few and far between but there is still some silver there. It was like hunting with a new machine, there is a lot more to learn. I do like the polar plotting analyze screen and plan on using that a lot. Stereo mixed audio seems like a great addition when hunting large open areas with not a lot of trash. All of these new features seem to be well thought out and useful. I cannot wait to try them out some more.

After my first real hunt out with the new V3i, I can say that the new additions are great. I think my favorite is the Stereo Mixed sound that allows you to hear all metal in one ear and discrimination in the other. This is great for that site you have really hunted dry but just know there is more there somewhere. Not recommended for trashy areas for sure.

Polar plot is interesting, kind of like the sizing analyze screen on the original V3 but with a "twist." The quick reference guide has come in handy and I have it on high authority that it is superior to the written manual. Coil selection seems like a handy feature that takes care of those erroneous depth readings when using something other than the stock coil. Overall, White's has added some pretty useful features, and the best part is you don't have to buy a whole new machine to get your hands on them.

DetectorJim.com © ALL RIGHTS RESERVED
Created and Designed by Jim Shore